"It seems a long time ago since I first climbed aboard a Honda CB125 at the Lee Valley Cycle park (now demolished and underneath the new Olympic Velodrome) with help from my dad and Neil Smith, a local rider instructor.  From there we signed up for a day at the Ron Haslam rider school at Donington - pics in my gallery.  I was completely hooked and wanted my own trackbike and this is where the career started.  Trackdays and different bikes followed until in 2007 I entered my first race with BMCRC in the Formula 400 series on a Honda VFR.  At the time it was impossible to predict we would make it to compete in the 2022 season at BSB Superbike level!" 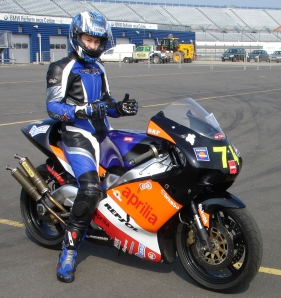 Sam started riding motorcycles just after his 12th Birthday in 2002.  He was put on a CB 125 to learn clutch control and gear changes at Lee Valley Cycle Club carpark, now the Olympic Velodrome site.  This led to him travelling to the Ron Haslam Race school at Donington Circuit in Leicestershire where he enjoyed a CB125 for 40 minutes on track that will stay with him the rest of his life!

This left such an impression that he continued to badger his Dad, Graham to "get me a motorbike!" .  Not wanting to buy a currently fashionable mini moto, Dad went out and brought home a sensibly powered Aprilia RS 250 instead - only 60BHP then!.  Following other acquisitions of a Honda RS 125, Yamaha R6, GSXR 600 and RVF 400 plus lots of trackdays, it was on a Suzuki 650 Minitwin that Sam entered the MRO Minitwin Championship in 2009 to begin serious racing.  The next three years were a rollercoaster ride of race wins, lap records, crashes, broken bones (knee) and lots of fun culminating in an overall position in the Championship of 3rd. 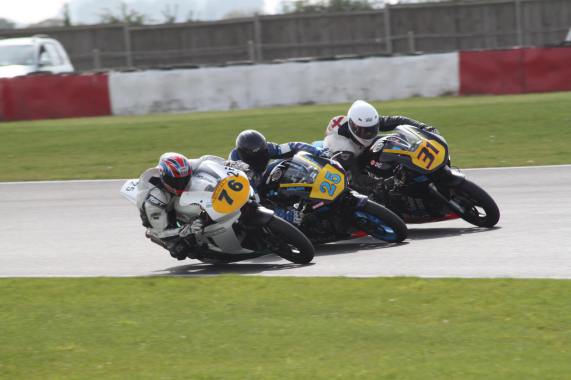 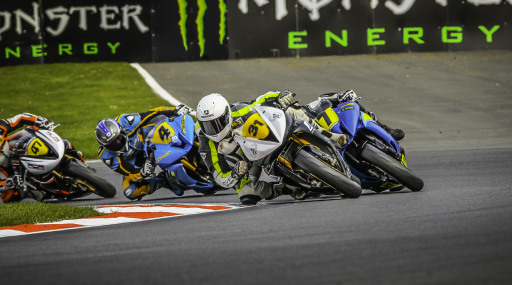 Things got more serious once the decision was taken to enter the Triumph Challenge in 2012.  As a first experience on a 675cc Triple it was a big wake up call.  Coming to terms with the extra power and sharp handling was a challenge and it was a while before Sam went faster than his Minitwin times.  His experience was also interupted with several major crashes in the first two years.  A broken collar bone, hand and foot made challenging for the top 5 very difficult but progress was made in terms of confidence.

In the final season of T3 in 2014 he enjoyed his first outright wins at Brands Hatch, Thruxton and with lap records at Oulton Park, Thruxton and Cadwell.  The ultimate weekend was a double win weekend at Thruxton which put him in a good position to win the championship outright.

Unfortunately a collar bone break whilst testing at Silverstone soon after scuppered all chances of winning the championship even though he rode bravely to 2nd & 3rd positions no more than 5 days later and at the really demanding and twisty Cadwell Circuit.  Ouch!

Finishing 4th Overall in the T3 challenge was a really exciting achievement and spurred his team to consider the next move.  With his 24th birthday beckoning the Stock 600 series (full of dangerous youngsters!) was rejected instead of the Supersport EVO Championship in 2015 which Sam entered for his first year in a Premier BSB class. 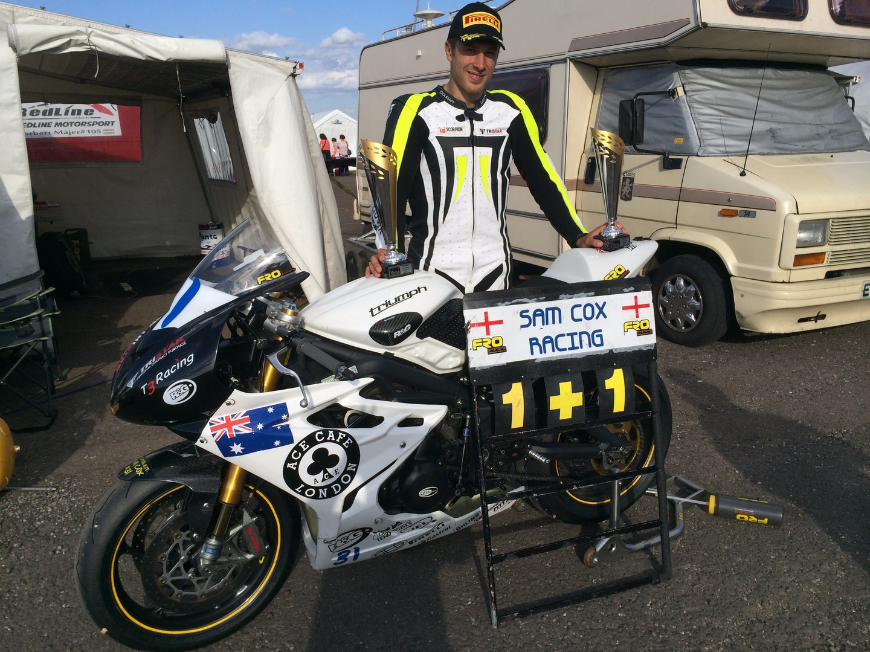 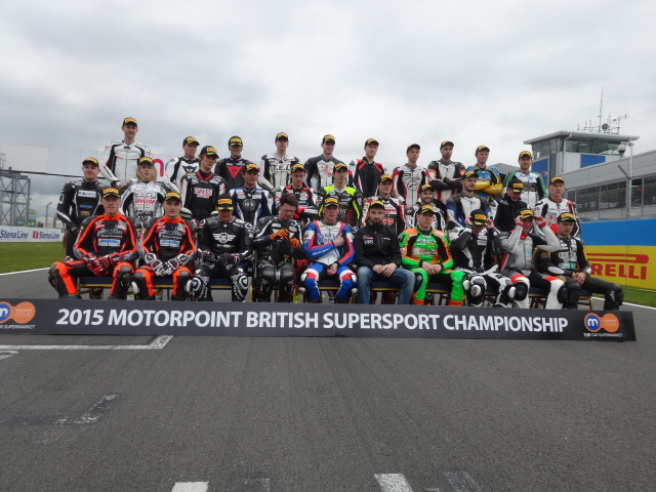 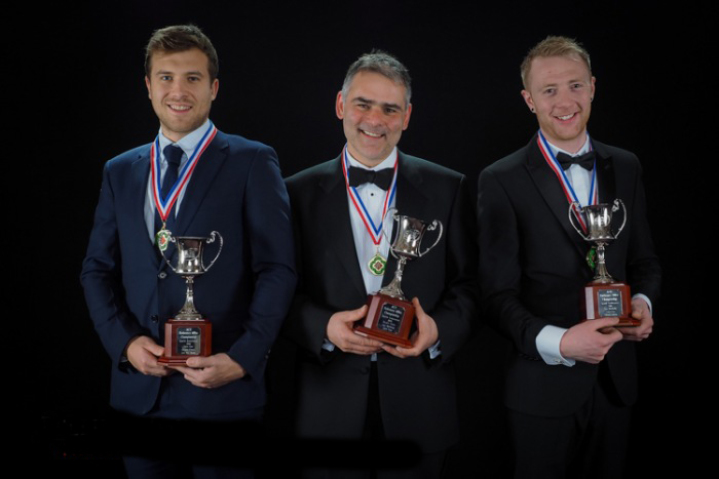 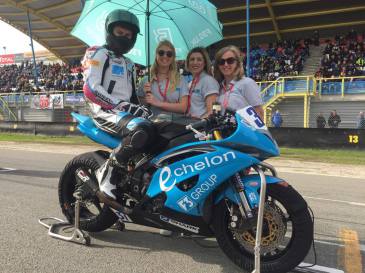 This step up to a British Championship class was daunting at first but as the season progressed Sam raised his game on every circuit visited.  The EVO Championship was subsumed into the full Supersport class for 2016 and this made the task of climbing to the front even tougher.   However, in 2016 each round was met with a PB and although he was unable to feature in the top 10 finishers there are signs that his performance was catching up with other competitors.

If you have read his ongoing race BLOGs in 2015 & 2016 you will have followed the issues experienced in the team.   The 2016 season also went well on the national Endurance Championship front.  Teaming up with Spank Endurance team was a real pleasure which resulted in an overall win in the 600 Class.  It was never easy and tense long races stretched the experience of both riders and pit crews but it was really enjoyable throughout.

2017 promised to be another challenging and interesting season with hard gained experience helping to prepare our efforts on a different bike, the trusty Championship favourite Yamaha R6. 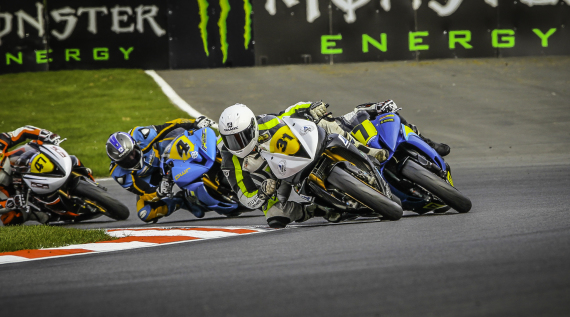 BSB Round at Brands Hatch March 2015 onboard the Triumph 675 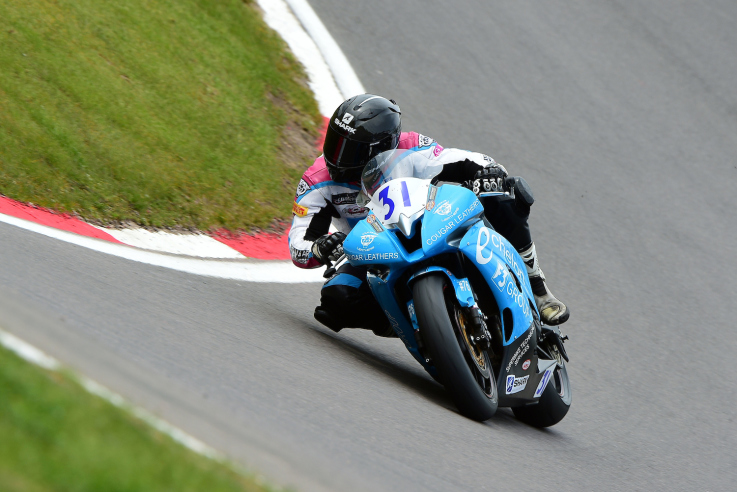 Snetterton circuit 2017 on the trusty R6 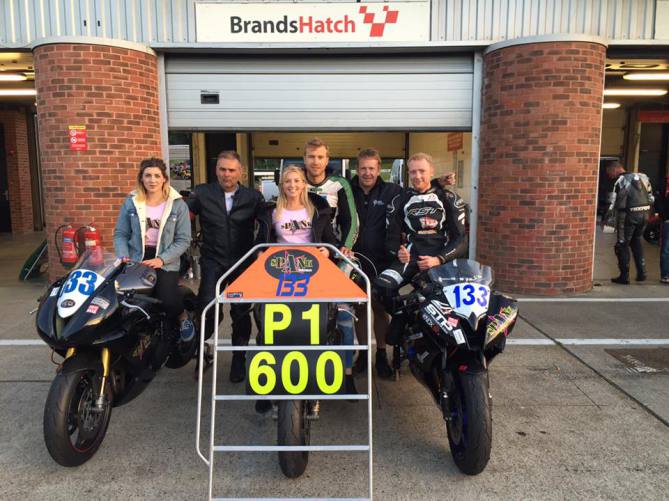 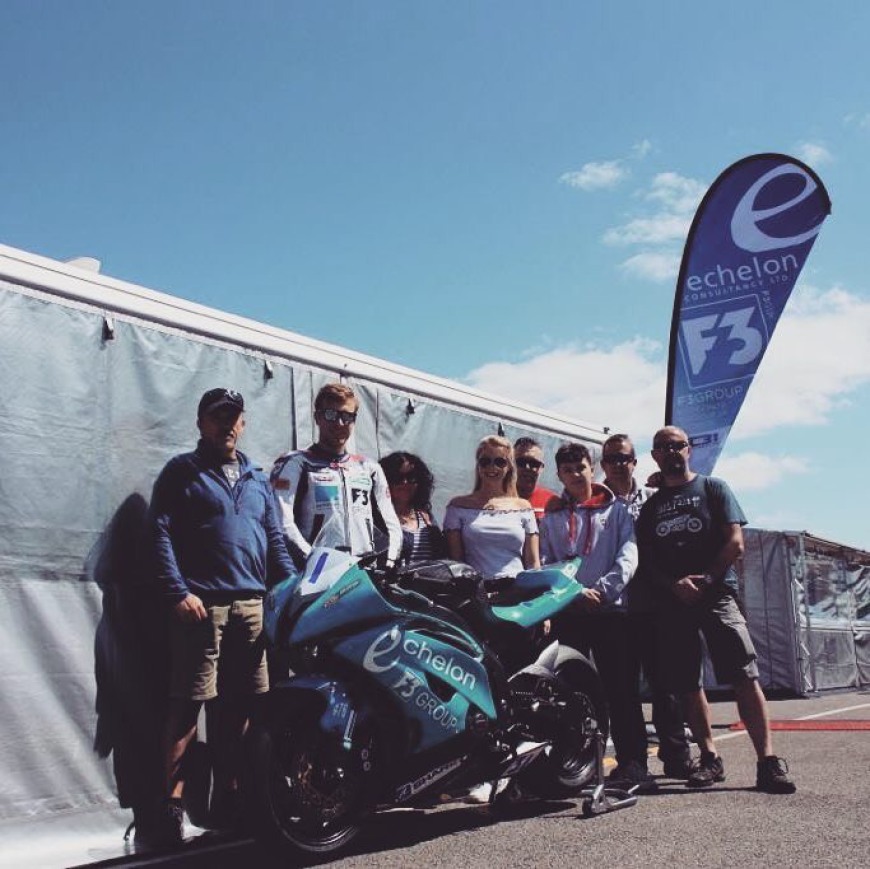 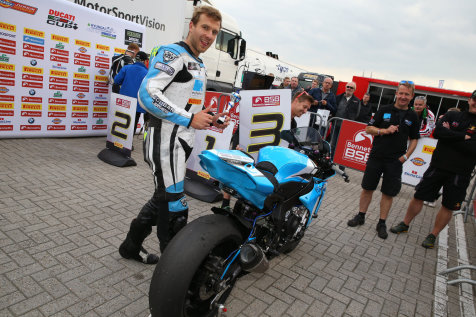 3rd Place at Assen in the BeNeCup Competition in 2018

In 2018, a new development into the STOCK 1000 class brought much early promise with the transition from R6 Supersport bike to R1 and felt a relatively natural change.

With 9 Rounds competed and a range of mechanical problems experienced - including a blown engine at Thruxton - this was a stop/start season bringing many new challenges.

Riding in the wet became an art in itself with the new electronic gizmos turned up to protect the rider!

Seasons best result at Assen brought a podium finish in the Dutch and Belguim Championship. 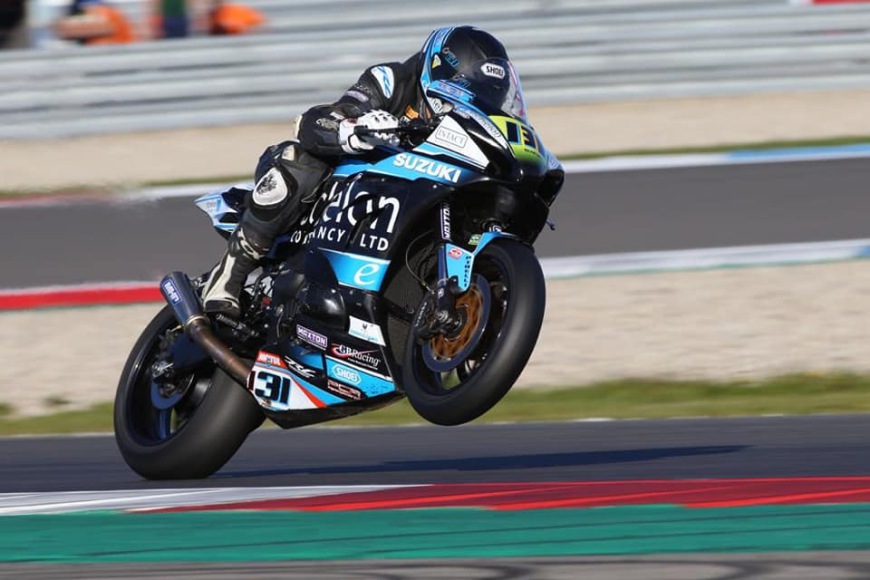 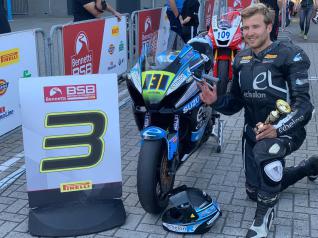 In the 2019 season the team, with the support of Echelon Consultancy, obtained a new GSXR 1000.  The conversion via Road and Race Performance in Verwood, Dorset led to a very competitive and tough season of racing.  That we hoped for further development and achieved it in personal best times was a real positive.  The downside was a series of on track incidents which undermined confidence and created a slow spiral of difficulty for the team.  That SCR kept going ended with a great result at Assen and two 3rd place finishes in the Dutch Superbike Championship races.

Looking back we toughed it out at times when others might have taken a break.  The GSXR performed well, Sam developed greater riding skill but events happened - as in all racing experiences - that kept results poorer than desired.  Taking stock at the end of the year the decision was taken to enter the Ducati Tri Options Championship.  More accessible and cheaper to put together a competitive challenge, Matt Baxter MD of Echelon had always fancied a Ducati enterprise.  And so it was we obtained a new V2 from Motorapido in Dorset.  At present we are building towards the first BSB test at Silverstone in 10 days time.  So far so good.  Keep up to date with news on our BLOG page for 2020: 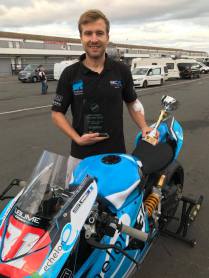 Sam won the No Limits Ducati Challenge in 2020

In 2020 Sam and SCR Team entered the Ducati Tri Options Championships and recorded the following results over the 5 Rounds: